New River Cave has been a favorite of recreational cavers for nearly 70 years. The property, which has a long, but only partially documented history of use from prehistoric times to present day saw the tarnished image of a sacrificial cave fade away in the 1990s to one of a gem in the rough. Beauty and mystery, and a great day’s outing, are available for those willing to challenge the darkness.

The NSS purchased New River Cave in 2014 from Tim Kilby, who is an NSS member. In establishing this Nature Preserve, Tim’s hope to protect natural resources and ensure perpetual access were honored. Other objectives included continued documentation and scientific investigation of the geological, biological, paleontological, historical, archaeological, hydrological, and cultural resources of New River Cave, as well as management of the surface to provide both recreational and natural value. 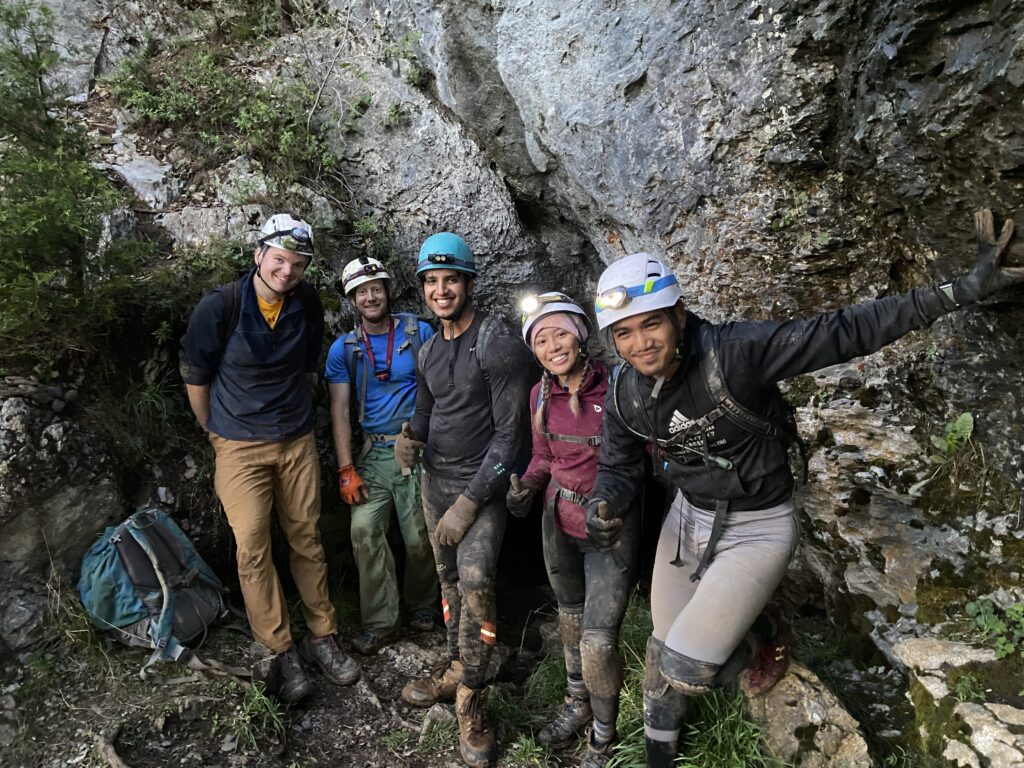 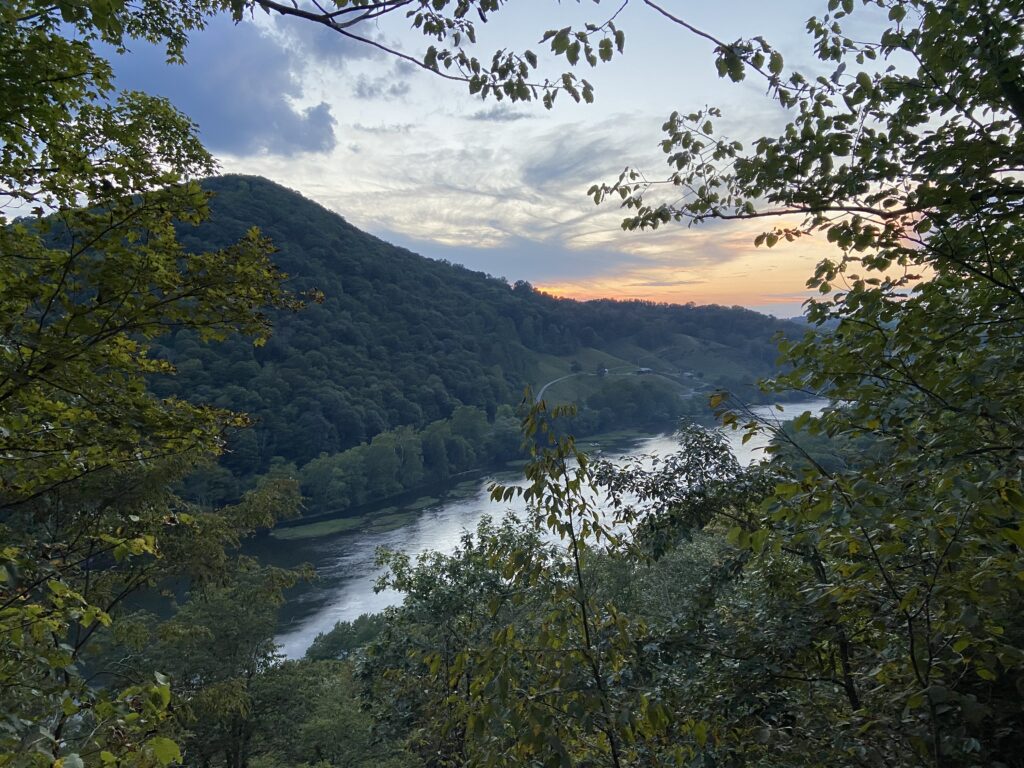 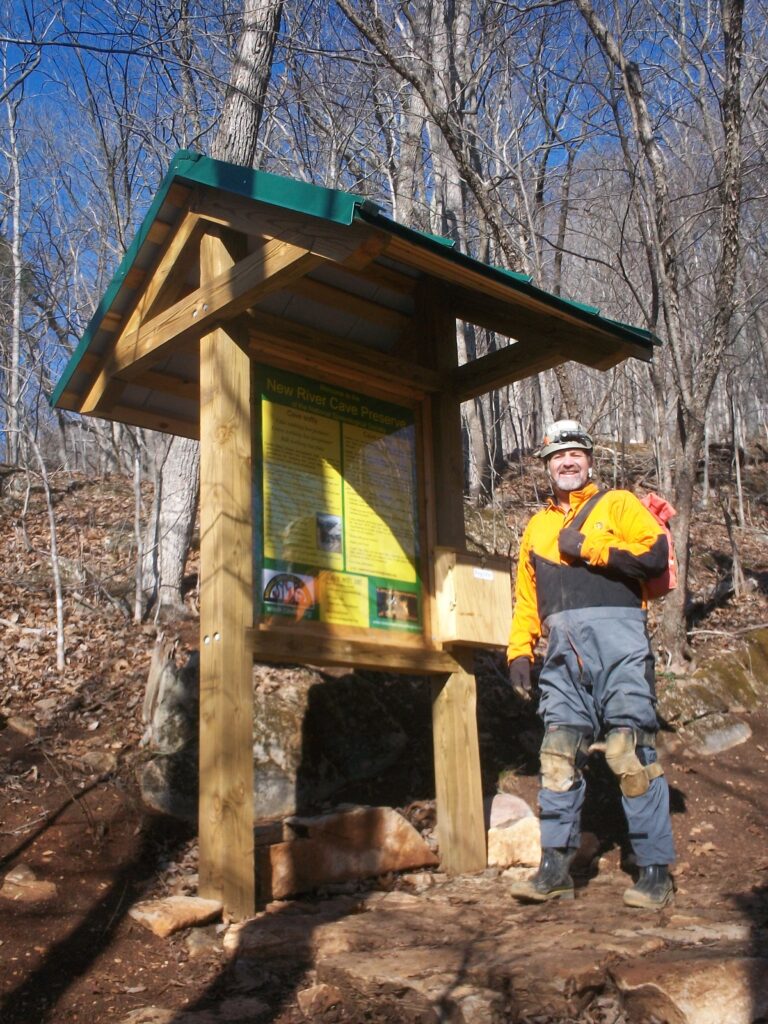 New River Cave is home to numerous troglophiles and troglobites. New River Cave is used as a hibernaculum by at least three species of bats: the big brown bat (Eptesicus fuscus), the little brown bat (Myotis lucifugus), and the tri-colored bat (Perimyotis subflavus). Unfortunately, bats in the cave have been affected by White white-nose syndrome since 2010 as populations have seriously declined.

Numerous cave-adapted (troglobitic) and cave-frequenting (troglophilic and trogloxenic) invertebrates are known from the cave as documented in Holsinger et al (2013) and Holsinger and Culver (1978).

Note:
There are likely numerous trogloxenes (e.g. daddy long-legs, red-eyed cave flies, cave crickets, cave moths) not documented here. The use of the cave by these species should be documented and incorporated into the cave data archive. Also, common troglobites such as cave beetles and diplurans are not yet documented, but are likely to be present in the cave.

The cave is one of a handful of caves in Virginia developed in a limestone block bounded above and below by faults. Specifically, the cave is developed in a horst (fault-bounded block) of limestone of middle Ordovician age along the Saltville Fault, overlain by the Honaker dolomite in the upper or hanging wall of the fault, and floored by the Martinsburg formation in the footwall. Strata within the cave are overturned.

The cave contains an active, perennial stream that feeds a spring.

Requests for access can be made by contacting the Preserve Management Team via email at: NewRiverPreserve@caves.org with any questions.