Located within the Huntsville city limits, Shelta Cave has a long history with the local community, beginning as a dance hall and tourist attraction in the late 1880s. Over time, the cave had fallen into a state of disrepair, as trespassing and vandalism had ruined many of the cave formations and threatened its wildlife. Fortunately, Shelta Cave was purchased by the NSS in 1967, and many conservation and research efforts have been undertaken to preserve the cave and its biodiversity.

Shelta Cave spans over 2,500 feet and consists of three large, high-ceiling rooms developed in Warsaw Limestone. There is a small stream and seasonal lakes, including the permanent West Lake, which serves as a refuge for aquatic cave life during dry seasons. In these rooms, a host of cave formations have developed including many drip pools (both seasonal and permanent), and stalagmites. More than 24 species of organisms have been documented at Shelta Cave and a comprehensive biological study continues.

The Shelta Cave Nature Preserve was expanded in 2018 thanks to the generosity of an adjacent landowner who donated his land. The preserve’s greenspace characteristics provide a tranquil park atmosphere in the middle of an urban setting, as well as a thoroughfare for wildlife. In addition, a bat-friendly gate has been installed around the perimeter. 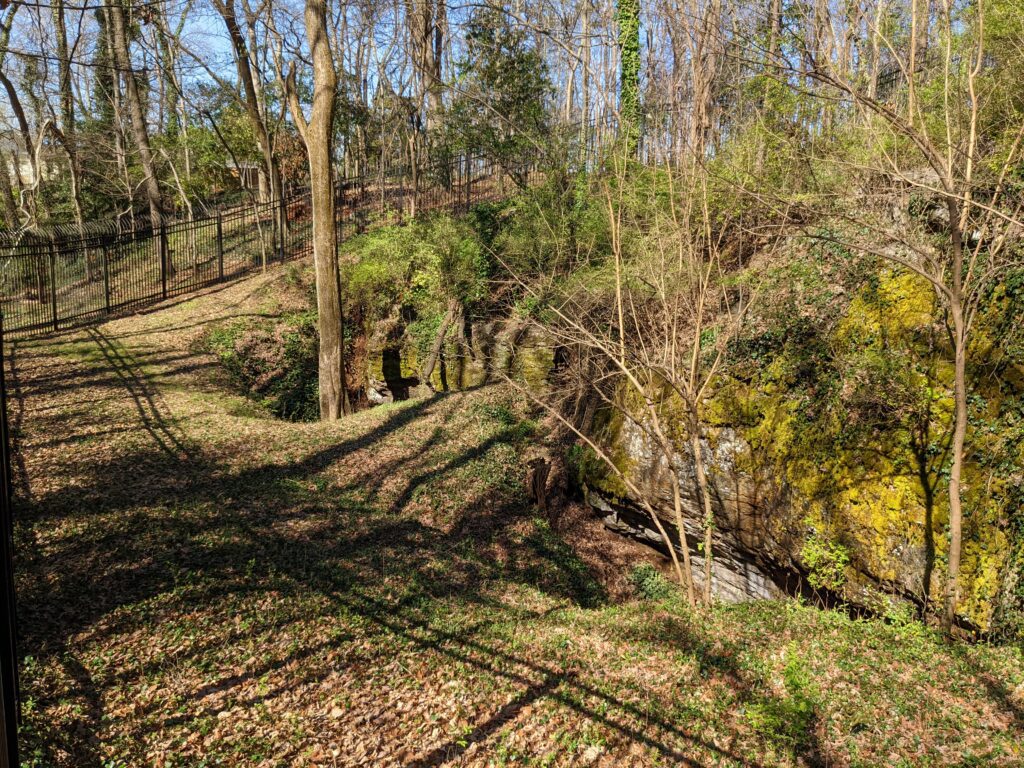 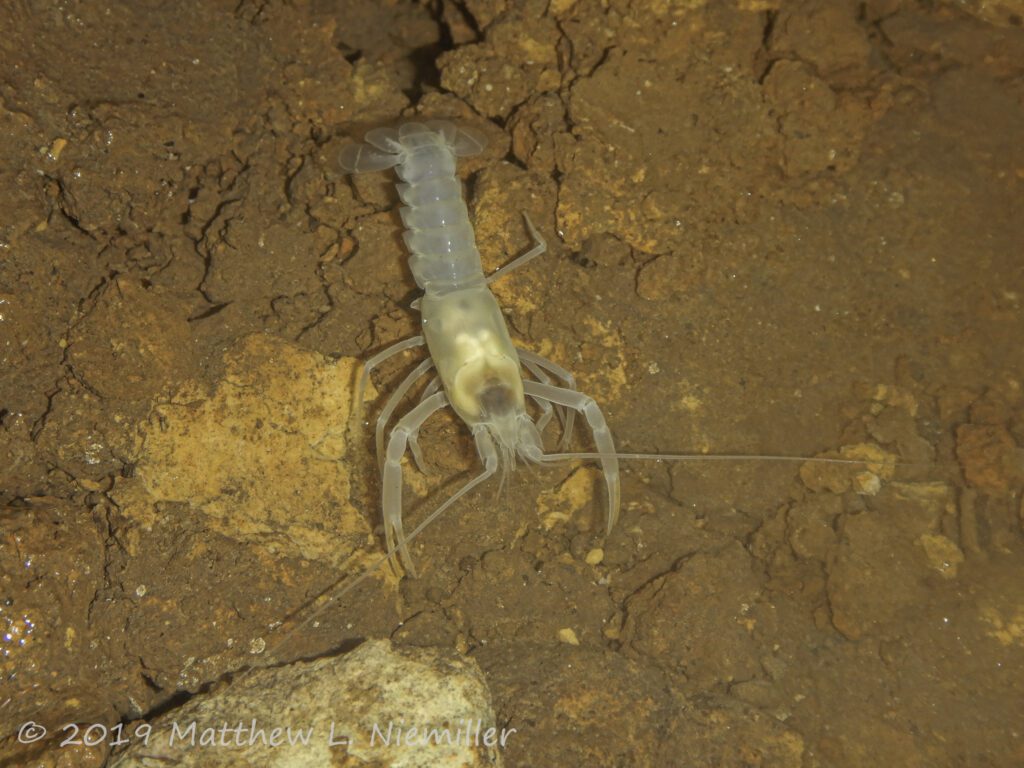 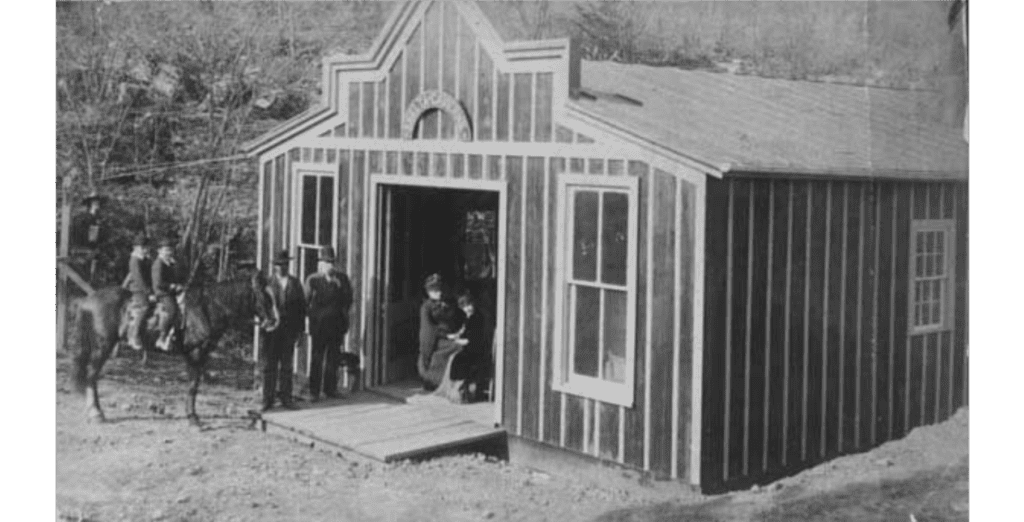 Shelta's colorful history has been traced back through an attempted commercialization to the dim days of legendary underground conflict between Confederate and Yankee troops. Written records reveal a sale by Bolen James to Henry M. Fuller on February 11, 1888. The enterprising Mr. Fuller envisioned the cave as a tourist attraction. Huntsville, AL land prices were soaring at the time and speculation was rampant – not too different than today! Development was expensive, so a corporation was formed to install a stairwell, dance floor, the first electric lights in the area, Chinese lanterns and other show cave elements. The opening was in 1889 and the name was changed from Bolen James’ Cave to Shelta Cave after Henry Fuller’s daughter, Shelta. The press provided good publicity with vivid descriptions of boat rides on the “Stygia Flood to see the ‘Diamond Cliffs,” Cupid’s Bow,’ and “Hall of Statuary.” [Excerpt Source: NSS News Vol.26/No.2, February 1968, ‘We Are Preserving Shelta,’ John A. French NSS 7846]

This cave is unique in its biological content as fauna exist there found nowhere else in the worlds. The cave, or at least the surface above it, was going to be transformed into a supermarket parking lot or the entrance blasted shut, endangering the cave life until the NSS bought the cave in 1967 with the help of the Nature Conservancy. At that time, an NSS Committee called the "Shelta Cave Project" was formed with John E. Cooper as chairman and representative of the Board of Governors and composed of NSS luminaries Dr. Walter B. Jones, Bill Varnedoe, Jim Alexander, Russ Gurnee, and members of the Huntsville and Paint Rock Valley Grottos. For more detail, see the NSS News article below:

We Are Preserving Shelta 1968 NSS News

A Cave to Dance in While Madison County Grows

The biological significance of the cave and the surrounding property are world class with nine species that were first discovered in this cave. Shelta Cave is the type locality for several species of cave life - three beetles, two crayfish (Southern Cave Crayfish (Orconectes australis) and Alabama Cave Crayfish (Cambarus jonesi)), a shrimp, and three other arthropods. Many other species are found in the cave. A small, rare crayfish thought to be extinct for 30 years, the Shelta Cave Crayfish, was rediscovered in the cave by a team led by assistant professor at The University of Alabama in Huntsville (UAH) and NSS member Dr. Matthew L. Niemiller’s team found individuals of the Shelta Cave Crayfish in 2019 and 2020 excursions into Shelta Cave – its only home. Shelta Cave continues to serve as the NSS' laboratory for cave biology with research activities ongoing in the cave today. Once the NSS acquired the cave, its cave fauna and the environment were protected by a bat-friendly cave gate that can be entered by permission only.

Requests for access can be made by contacting the Preserve Management Team via email at: SheltaPreserve@caves.org with any questions.